Balisongs are amazing, but sometimes you need something you can take with you anywhere, and let’s be honest; not all places are knife friendly. When you find yourself in those situations, consider the BaliYo: 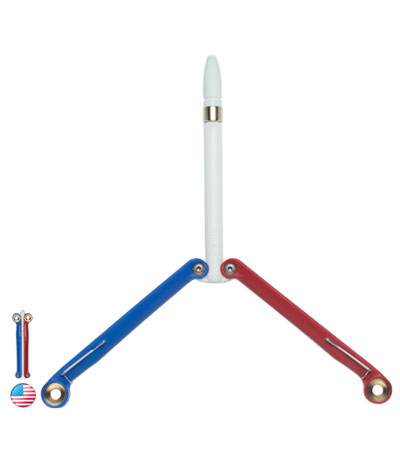 The BaliYo was created by Spyderco, and it’s actually pretty cool. The BaliYo functions just like a butterfly knife because you can flip and do tricks with it, but unlike butterfly knives, you can take the BaliYo with you anywhere you go.

The BaliYo can provide limitless entertainment on a boring day, or it can help ease you into the world of flipping without scathing your fingers. One awesome thing about the BaliYo is that it comes with an instructional DVD that teaches you six basic tricks, so you don’t need to know anything about flipping before you buy it.

You can probably tell from the picture, but the BaliYo has a pen in the middle where the blade would normally be. The cartridge is abnormally resilient, too—it can write underwater, in freezing cold, in boiling heat, and at any angle.

One thing to note about the BaliYo, however, is that it should not be used by children under age five.

Get your BaliYo at Blade HQ!