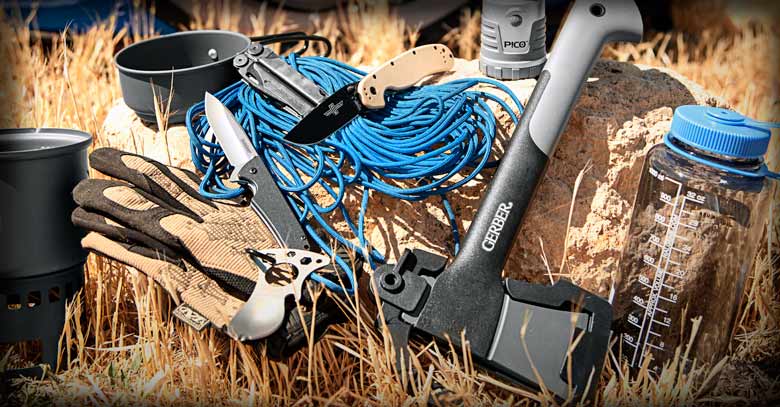 I’ve heard people say that when you go camping, you should have a chopper (axe), fixed blade, and a folding knife/multi-tool. I don’t necessarily think you have to have each of those things, but it’s good to note that each camping knife or tool is mentioned for a reason. While camping, you’ll probably want to be able to chop wood, prep food, and take care of any other unforeseen tasks that may arise. While having an axe, a fixed blade, and a multi-tool should cover your bases pretty well, you could also be well prepared with one sturdy, versatile fixed blade, especially if you don’t have much room for bringing gear.
We’ve got some suggestions here of the best camping knives and tools for you, so whether you’re bringing an axe, a knife, and a multi-tool, or just a fixed blade, you should find some camping gear that fits your needs.
This post will not include every awesome knife ever made. There are quite a few knives that have been posted on the Knife Blog many, many times, so I included a handful of the more popular knives and tools, but I also tried to include some that are equally awesome, but perhaps less frequently mentioned to give you some variety. Just because you don’t see the Spyderco Paramilitary 2 on here, for example, does not mean that we don’t think it’s a great knife. I just can’t include every single stellar knife on here, so I included a sampling of the best camping knives and tools that people here at Blade HQ like.

The knife you bring will depend on what you’ll require of it. You might just need it for normal camp chores, food prep, batoning, or other activities, so keep that in mind when selecting your camp knife. Thin slicer blades work great for food prep. A fixed blade is ideal for food prep, but a folder will work for food prep if you don’t have a fixed blade. Here are some of what we think are the best camping knives around. 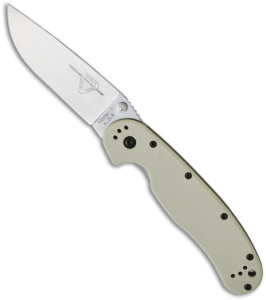 Ontario RAT Model 1
This is an excellent knife for the price. It’s also got a great all-purpose blade shape, a full-flat grind, and it’s lightweight. 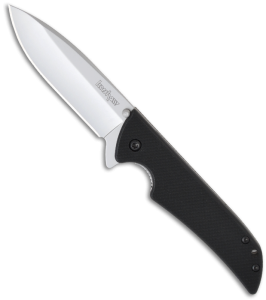 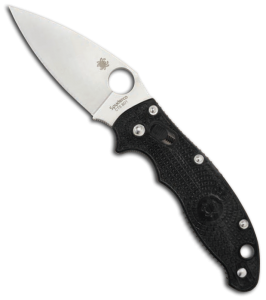 Spyderco Manix
The Manix is a really solid folding knife, so if you aren’t bringing a fixed blade, the Manix is a great way to go. It can take much more abuse than many other folders you might bring. 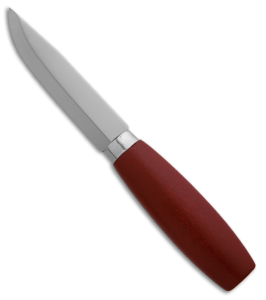 Mora of Sweden
One of our customer service reps used a Mora for food prep while camping, and he said it worked great!
Fun fact, courtesy of said customer service rep: The Mora Classic 1 is the same knife that Cody Lundin used on Discovery Channel’s “Dual Survival.”
We’re all about learning over here on the Knife Blog. (You’re welcome.) 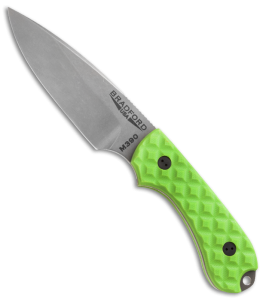 Bradford Knives Guradian3
This is a fantastic little fixed blade using M390. It’s a great value and made in the USA. 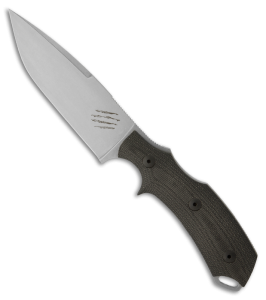 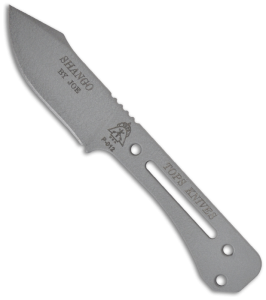 TOPS Shango
The Shango is small (6.5 inches with a 2.75-inch blade), and it weighs 2.6 ounces. It has a small scraper incorporated into the back of the handle, so it can help you start a fire if you need to or want to. 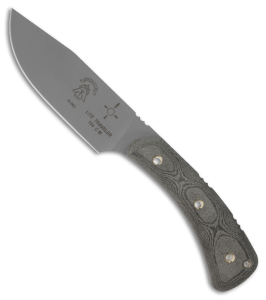 TOPS Pasayten Lite Traveler
This is a good-sized knife that just weighs 2.40 ounces. It was designed as an all-purpose camp knife, and it has 154 CM steel.
If you want more suggestions for some of the best camping knives around, check out our Best (Mostly) Lightweight Knives for Hiking & Backpacking blog post. A lot of those knives would also be great for camping.

Multi-tools should be able to perform a multitude of tasks. Pliers are always a plus—they can help you with everything from fixing a stuck zipper to fixing a stove and other handyman stuff in general. 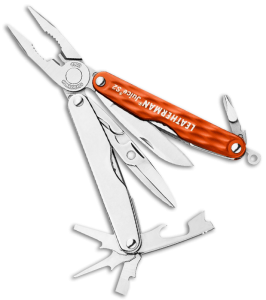 Leatherman Juice
The Juice has many useful tools including regular pliers, needlenose pliers, scissors, a can opener, screwdrivers, and more. 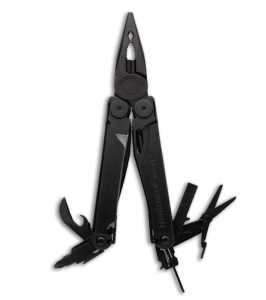 Leatherman Wave
The Wave also has regular pliers, needlenose pliers, scissors, a can opener, and screwdrivers, but in addition it has two knives, a saw, and more. 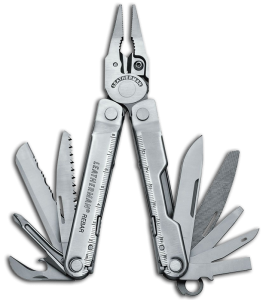 Leatherman Rebar
The Rebar features regular pliers, needlenose pliers, two knives, a saw, screw drivers, a can opener, a metal file, and more. (We also have a black Leatherman Rebar at Blade HQ.)

It’s a good idea to bring some form of a chopper camping so you can easily get fire wood. It doesn’t necessarily have to be an axe. 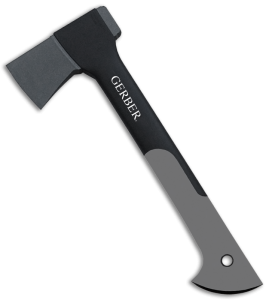 Gerber Sport Axe II
This is a medium-ish axe, as far as size goes. It totals 14 inches in length and has a 2.6-inch blade. It’s not huge, but it’s big enough to be a big help when you’re out camping without being burdensome to carry around. 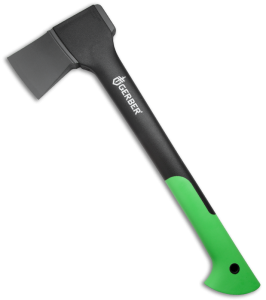 Gerber Freescape
The Freescape hatchet is a bit larger than the Sport Axe from Gerber. It has a comfortable grip and offers a few more inches of handle to grip. 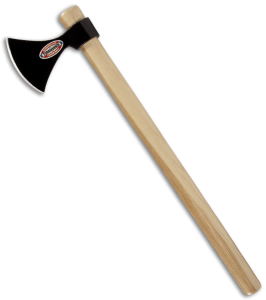 Cold Steel Norse Hawk
I know; this is no small axe. It’s pretty large, but if you’re car camping, this axe will serve you well. It’s really functional with the broad cutting edge, which makes chopping with it relatively easy. Also, as was pointed out to me, “Running around in the woods with a Norse Hawk… come on, that’s just awesome. Who doesn’t want to be a viking?” Point taken. 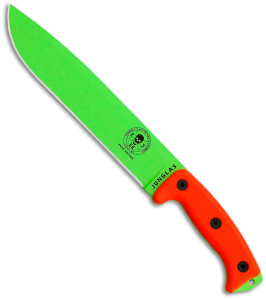 ESEE Junglas
If you don’t want to bring an axe or hatchet, the Junglas is a good alternative for a chopper. It is more ideal for chopping than some other ESEE knives because of the blade length, and the blade isn’t too thick. Be mindful though that ESEE knives have high carbon steel, so you’ll need to make sure to take good care of the blade.
These are just some of the best camping knives and tools around at Blade HQ. What are some of your favorites?
Be sure to check out our Best Camping Knives Guide to find the best camp knife for you.
Here are links to the other products featured in the photo at the top of the post, in case you’re interested:
UST Pico LED Mini Lantern
Esbit Trekking 5-Piece Cookset w/ Alcohol Stove
Nalgene 32 oz. Bottle
Mechanix Wear Gloves