It’s time to meet another Blade HQ team member! You already met our CEO, but today you get to meet Nico. Those who live in the area already know this, but for those of you who don’t get to come to our physical store, Nico works in the shop and helps customers with their purchases—which he is awesome at. I know this first-hand because he helped my husband and I look at some knives and he was super helpful as we asked question after question and made him get out knife after knife. Thanks Nico!
If you live in the area, don’t be a stranger! Stop by the shop. Everyone who works there is awesome, and they all know their knives. Here’s a little bit about Nico.
Background
Nico is originally from California where the autos don’t shine (I do know that some are legal, in case you were wondering) and he moved to Utah when he was 20. Nico is really into backpacking, and not just the kind where you are gone for a day or two. His favorite backpacking trip was Dusy Basin at Kings Canyon National Park, California which was a three-week trip. When Nico was 14, he climbed the half dome at Yosemite National Park in California. (What were you doing at that age? I’m pretty sure I was just chillin’ in my braces and listening to Sk8er Boi.) Around this same time, Nico’s dad gave him his first knife, which was a Buck. Some other random facts about Nico are that he has been to Europe three times and he has climbed above 14,000 feet.
Paracord Craziness
When I met Nico, I noticed that he was wearing a paracord “necklace,” and I asked him if he made it. He said yes, and then he opened it up. 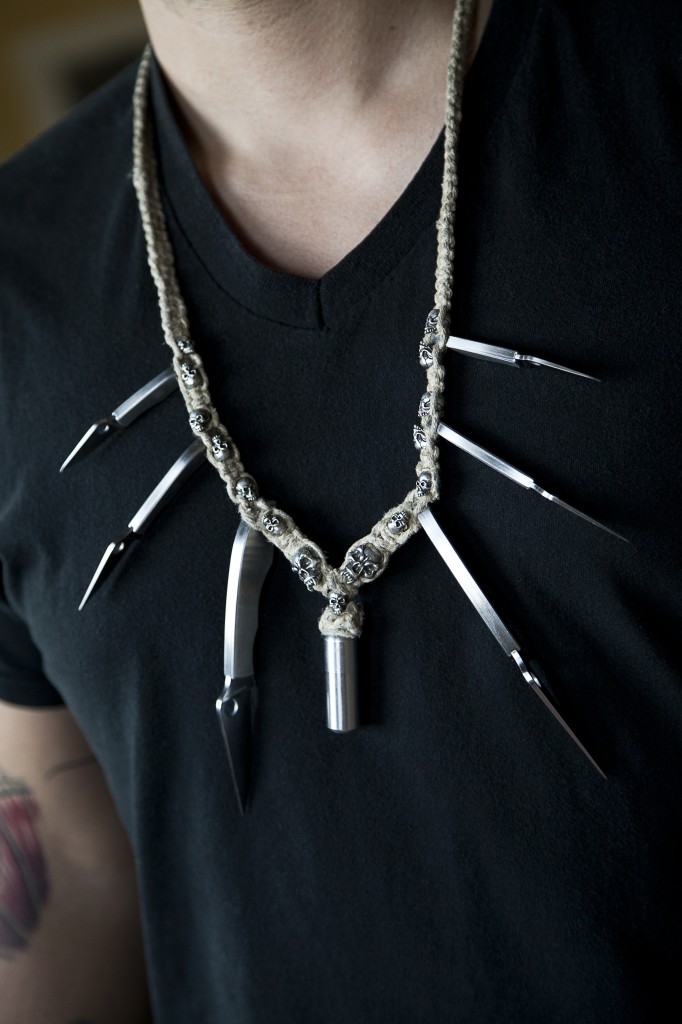 Yeah. “Necklace” is extremely inaccurate. Its more appropriate name, given by Nico, is “The Spyder Claw.” It’s fitting, don’t you think? On the Spyder Claw is a Spyderco Bug, Honeybee, Grasshopper (two of each), and a peanut lighter. In summation: this is pretty much the coolest thing I have ever seen, not to mention that if he got stranded while wearing that, he’d be all set with 6 knives, a lighter, and paracord.
Nico has also made some other pretty cool stuff out of paracord, and he has a paracord walking stick in the works that most definitely will make an appearance on the Knife Blog.
Favorite Knives
Having the position that he does, Nico has the opportunity to handle a lot of knives on a daily basis, so I was curious to find out which knives were his favorite. These are the two he said without hesitation:
Benchmade AFO 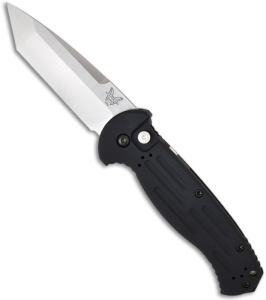 Nico actually had his AFO on him when I was talking to him, so that goes to show how much he likes this blade. He likes the AFO because of its solid action, and because you can never go wrong with a Benchmade.
ESEE Izula 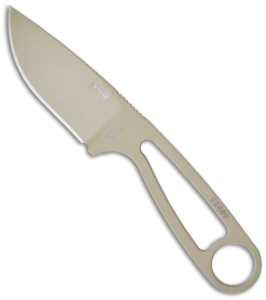 Despite its size, the Izula is virtually indestructible. This is one of the reasons Nico really likes the Izula.

It’s fun for me to get to know the people who work at Blade HQ more and share the things I learn, but we want to get to know you, too. Feel free to leave a comment with a little something about yourself. Have you made anything crazy out of paracord? What’s your favorite knife? Let us know, and have a great weekend!