You’re probably already familiar with the Cryo, but have you gotten a chance to handle the Cryo II? 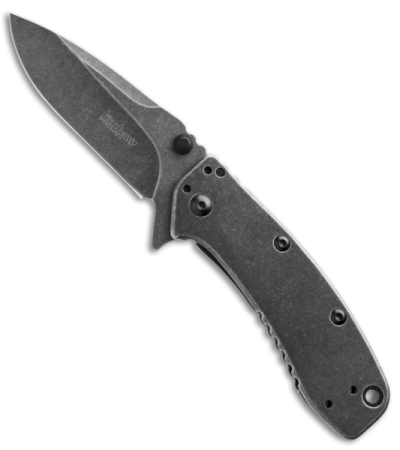 In the Cryo II, you still get all the great traits you’d find in the Cryo like great quality at an affordable price point. The Cryo II is a great option if you’re looking for an EDC that can handle chores you’ll encounter on a daily basis without wearing the edge down too much.

If blade centering matters to you, then it will interest you to know that the Cryo II has perfect or near perfect blade centering. The blade has a hollow grind, and the entire knife has a BlackWash finish. The blade can be opened using either the thumb studs or flipper, and the Cryo II has excellent spring-assisted action that will finish opening the blade for you. The Hinderer lockbar stabilizer provides solid lockup and peace of mind.

Seeing as the Cryo II is larger than the Cryo, it is also heavier than the original Cryo. The Cryo weighs 4.1 ounces, and the Cryo II weighs 5.5 ounces. If  5.5 ounces is a deal breaker for you, go with the original version. It will give you all the same traits as the Cryo II but in a smaller size and a lighter weight. If weight isn’t a huge deal for you and you prefer larger knives, though, you can’t go wrong with the Cryo II. The design of the Cryo is great and it can work well for anyone—you just need to figure out which size you prefer first.

The Cryo II is new for 2014, and there are already several models available at Blade HQ as we speak! Get your Cryo or Cryo II at Blade HQ!