This is the first in a series of posts about knife modifications you can do yourself, A.K.A. pimping your knife. 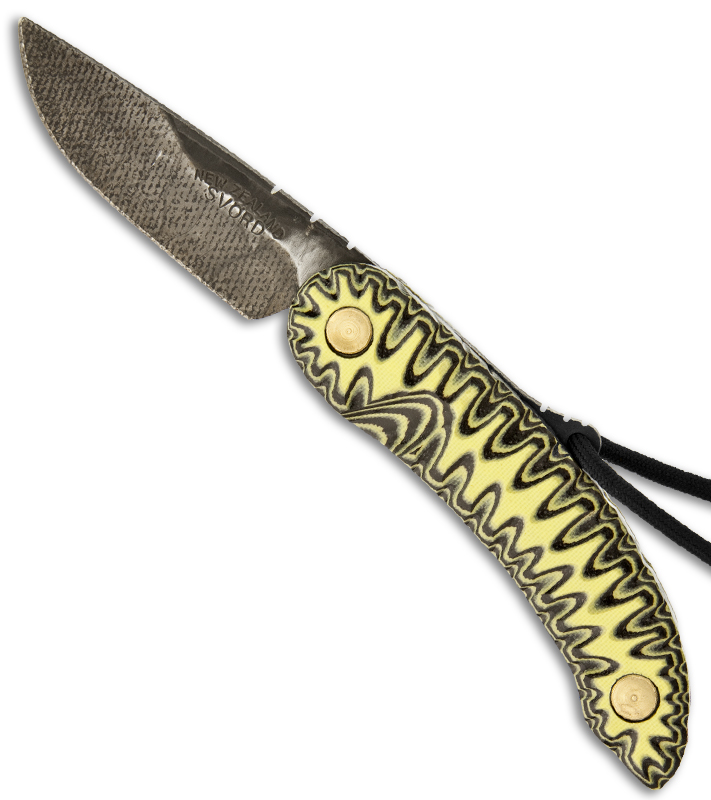 I’m still pretty new to the knife world, but the same is far from true about others here at Blade HQ. I don’t know the average number of knives each person owns, but I was told by someone who owns eight knives that eight “is not that many.”
Well, there’s a guy here named Parker who works a lot with the products, and he has at least eight knives that he’s made modifications to alone, not to mention his other knives. From what I hear, a lot of people at Blade HQ are into knife mods, but today we’re going to take a look at one of Parker’s knives (pictured above) and talk about the process he went through to get his knife to look so awesome.
Different styles and finishes obviously appeal to different people. If there is a different modification that you’d like to see, leave a comment and I’ll try to cover it in another post, but be sure to check back next Friday for a look at acid etching.

Choosing a Knife to Pimp 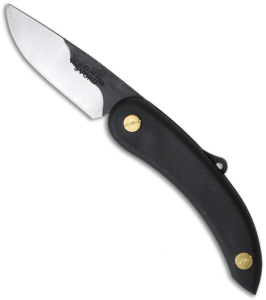 This Svord Peasant knife sells for around $15 which is kind of important to note. You don’t want to pay $200 for a knife and then do all kinds of stuff to it—unless of course you’ve got tons of money to burn, in which case, go crazy.
When you’re doing a patina, the type of steel in your knife makes a huge difference. Parker said you will want to choose a high carbon steel like 1095, or anything from the 10 series, because the blade stains easily. High carbon will rust if it is not cared for properly, so if you patina a blade, you can force a design of your preference onto the blade before nature does.

***Remember: dissembling and/or customizing your knife will void any warranty that is applicable to your knife. Don’t dissemble, patina, or modify your knife if you’re planning on returning it.
1. Dissemble the knife. You’ll want to dissemble the knife so the blade will be laying flat and will be easier to work on.
2. Clean the blade. Windex and Clorox work well to wipe down the blade.
3. Start the Patina. There are several options you can choose from to create a patina including mustard, ketchup, Tobasco sauce, white vinegar, and lemon juice. For this paper towel patina, Parker said vinegar works best.
First, lay the blade down flat on a paper towel and place another paper towel on top of the blade. Pour some vinegar on the paper towel that’s on top of the blade. You’ll want to use enough so that all of the paper towel that’s covering th blade is wet.
4. Wait. Come back and check on the blade after 45 minutes. The paper should be brown and still damp. Lift up the paper towel, and if the paper towel pattern on the blade is as dark as you want it, you’re done and you can remove the paper towel. If you want the pattern darker, you can leave it a little longer—just make sure the paper towel doesn’t dry out completely because it will run the risk of rusting the blade.
5. Wipe down the blade. It’s important to wipe the blade down again to stop the patina process. WD-40, gun oil, and even PAM (Yupp, the cooking spray) work well to remove the moisture from the blade. Make sure when you’ve finished that the blade is completely dry.

So that’s it—pretty easy, right? And after you’ve finished, you have a unique knife with an awesome paper towel patina.
I only focused on the blade today, but Parker obviously added some jimping and made some pretty cool changes to the handle, too. If you’re interested in any of that, leave a comment and I’ll do what I can to make a separate post about some of those things.