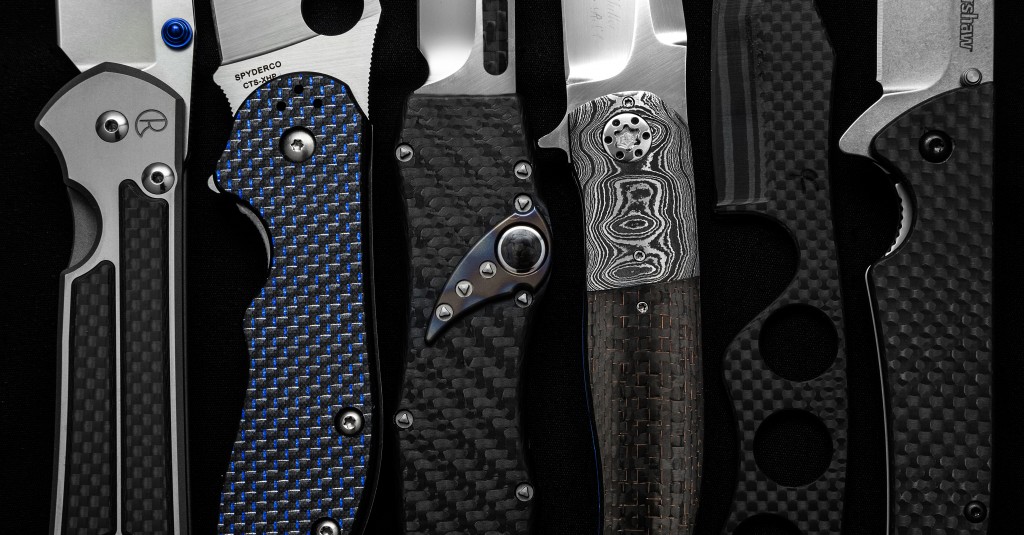 This past weekend I was able to attend a very fun convention.  I am kind of a big nerd, so of course it was a comic convention.  Well, much to my surprise, I came across a vendor selling some pretty great knives.  This was the last thing I expected to see.  I anticipated the vendors selling comics, action figures and collectibles.  But a vendor selling knives?  It seemed out of place to me.  But, even more interesting, their booth was packed!  I mean seriously packed.  It was elbow room only to get in and have a look at what they were selling.
Writing for a knife blog, I knew I had to get in and see what they were selling.  My interest was piqued, and I needed to see more information.
Upon first glance, there were your regular smattering of cheap, Chinese made knives.  Novelty items made for cheap and sold for cheap.  I kind of expected that.  But upon closer look I started to notice some more interesting pieces.  There appeared to be several Lightning OTF knives.  Now, keep in mind this both was packed, so I couldn’t really take the time to inspect each piece and make sure they were not fake.  But from where I was, they looked pretty legitimate.  I was able to pick one up and give it a quick once over, but not enough to decide for sure.  I have my own Lightning OTF knife, and the one I was able to pick up seemed almost exactly the same.
Eventually, I was pushed away from the booth.  So I decided I would just come back later.  But upon venturing further and further into the convention floor, I started seeing more and more knife booths, each one offering an interesting collection of knives.  Some were obviously fake, meant to entrap the less educated knife enthusiast.  But some of them, I could have sworn were legitimate.  I was incredibly surprised to see knives of such caliber end up at a comic convention of all places.
So I guess the question I wanted to ask all of you is this: “What is your most interesting, out of place, knife find?”
I was very surprised to see so many knives in such an unconventional place.  Where have you been surprised to find a knife?  I’ve heard of people finding great knives at yard sales, and things like that.  What’s your story?  Where have you stumbled upon a knife, where you least expected it?  Let us know in the comments below.