HOW TO SHARPEN A TANTO BLADE 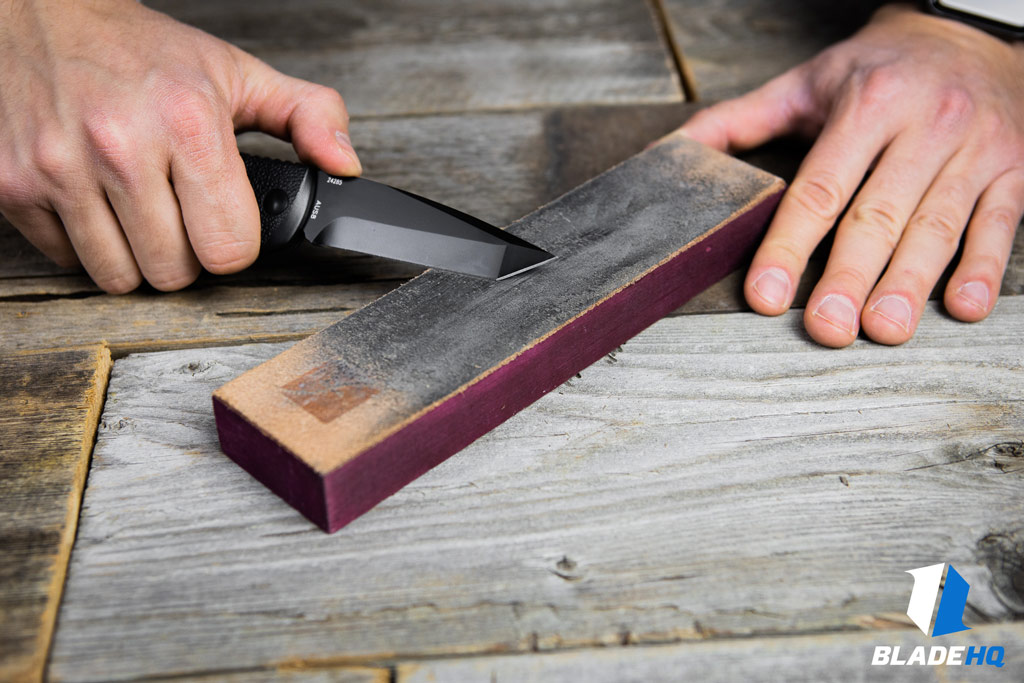 Sharpening a tanto knife is a pretty straightforward process if youre familiar with general knife sharpening technique and principles. For some, negotiating the secondary edge of the tanto blade may be what trips them up when maintaining their knife. In this article, we will break down what you need to sharpen a tanto blade, some things to be aware of while working on your knife, and how to address sharpening that extra edge.

Before we get started, please remember to be careful while sharpening and handling your knives. Feel free to check out some of our other knife maintenance guides. 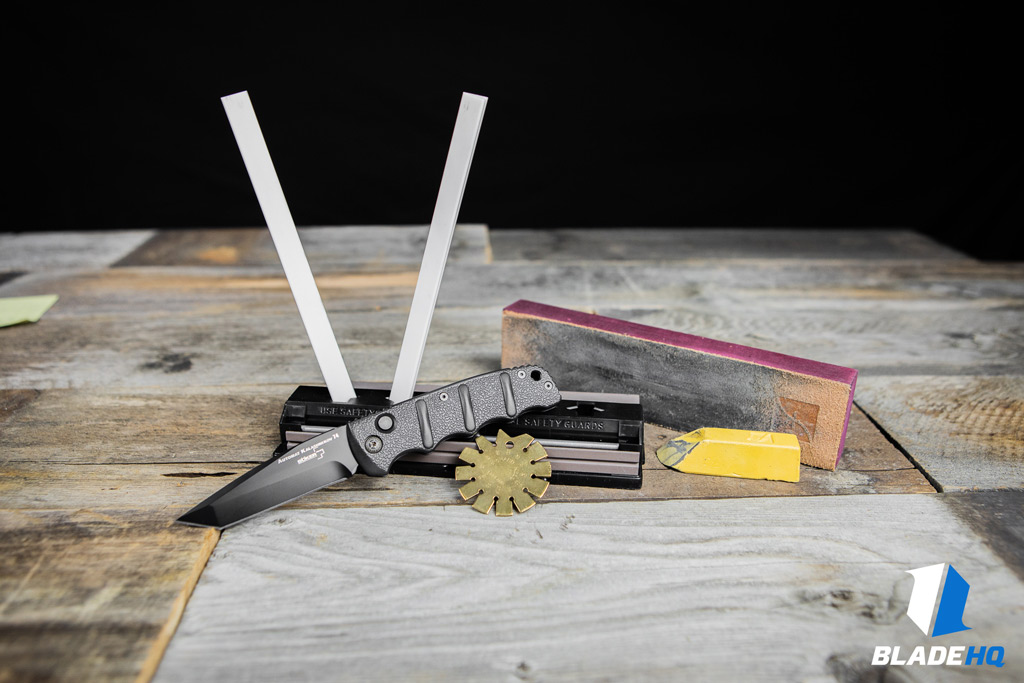 Start by making sure you have all your supplies on hand. For this article, we used the following: 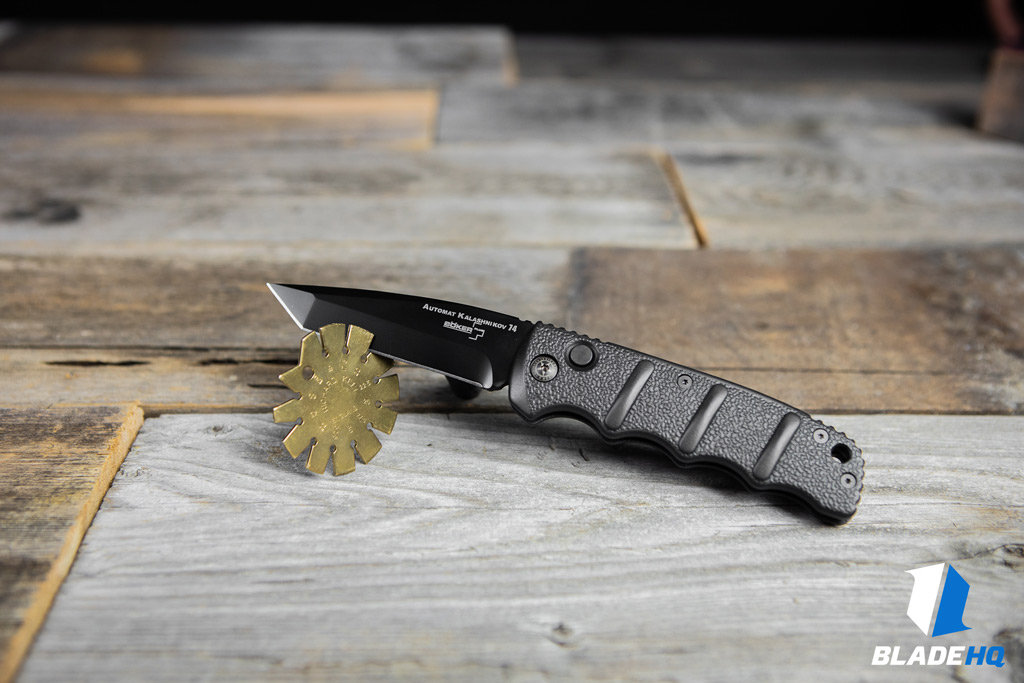 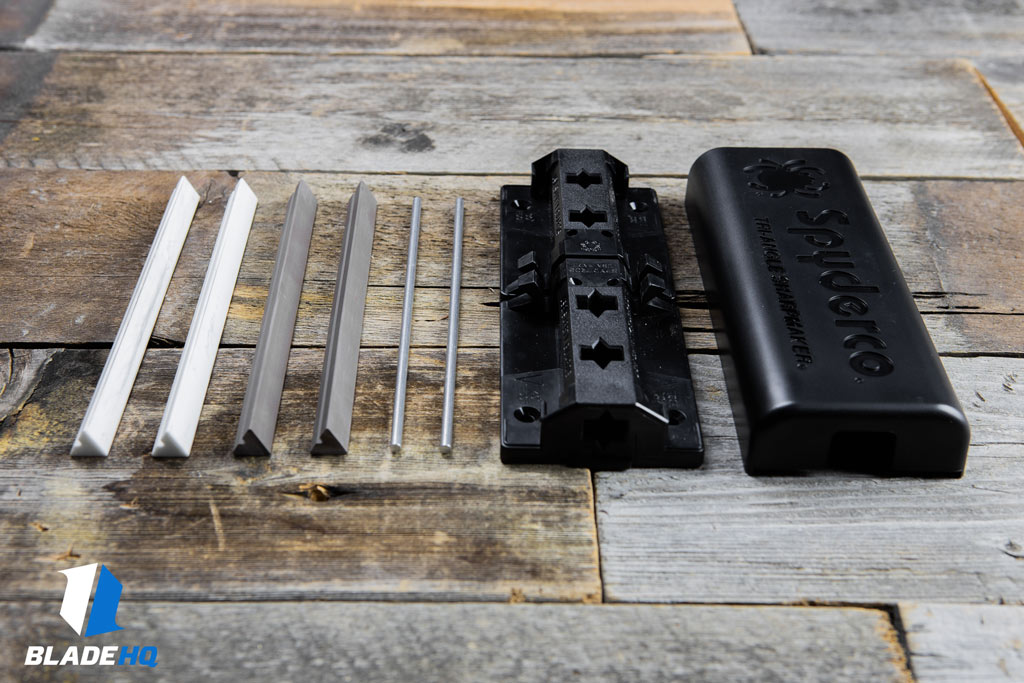 Sharpening a tanto blade is just like sharpening any other knife. First, identify the angle of the edge and note any significant nicks or damage in the blade. Doing this will help determine where to begin sharpening the knife.For the sake of this guide, The Spyderco Sharpmaker is an amazing guided sharpening system that can be used with countless blade styles. It features base slots for a 30-degree and a 40-degree angle.

Next, set up your sharpening stone or system. For knives with significant damage, start by using a lower grit stone. For example, the Sharpmakers black stones are low grit and the white stones are high grit. A low grit stone will remove more material faster allowing for a more consistent edge in less time. For knives with less damage that need to be freshened up, use a high grit stone. It will remove less material but will put a more precise edge on the blade. A damaged blade will need to go from low grit to high grit to achieve a sharp edge.

With your supplies gathered and your angle measured, jump right into sharpening with these next steps: 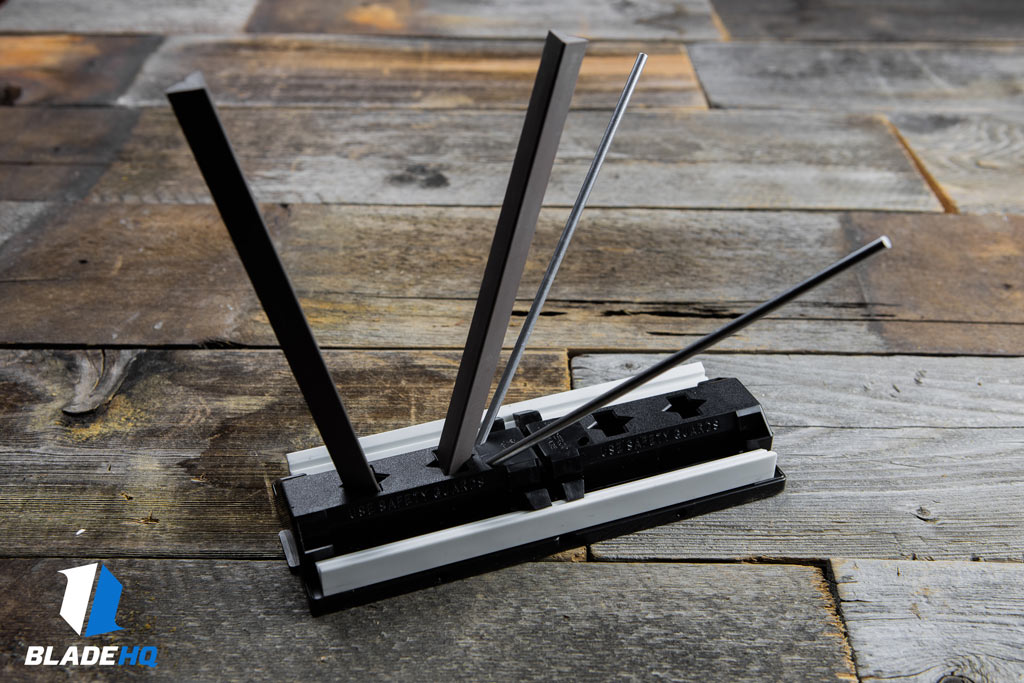 1. Sharpen with course pointed stones: Set the stones in the slot that most closely resembles your blade grind angle. Use the brown coarse stones first with the corners pointed toward each other. With the knife straight out and the cutting edge down, pass it from the heel of the blade to the secondary point (between the cutting edges), making sure to stop on or before rounding the point. Do this on both sides of the first cutting edge about 20 strokes on each side. 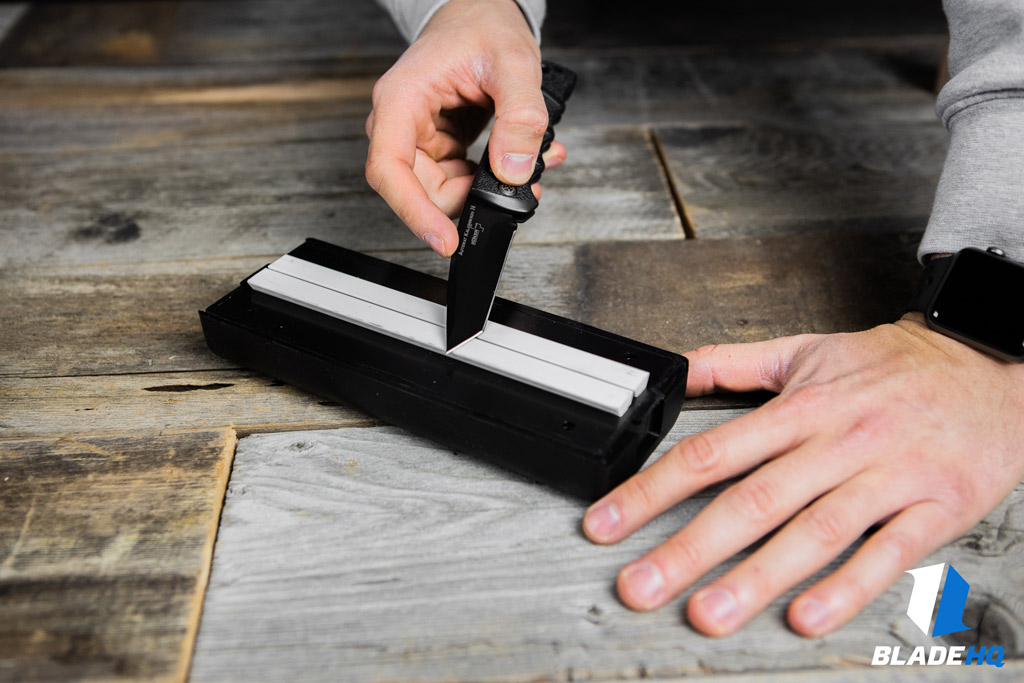 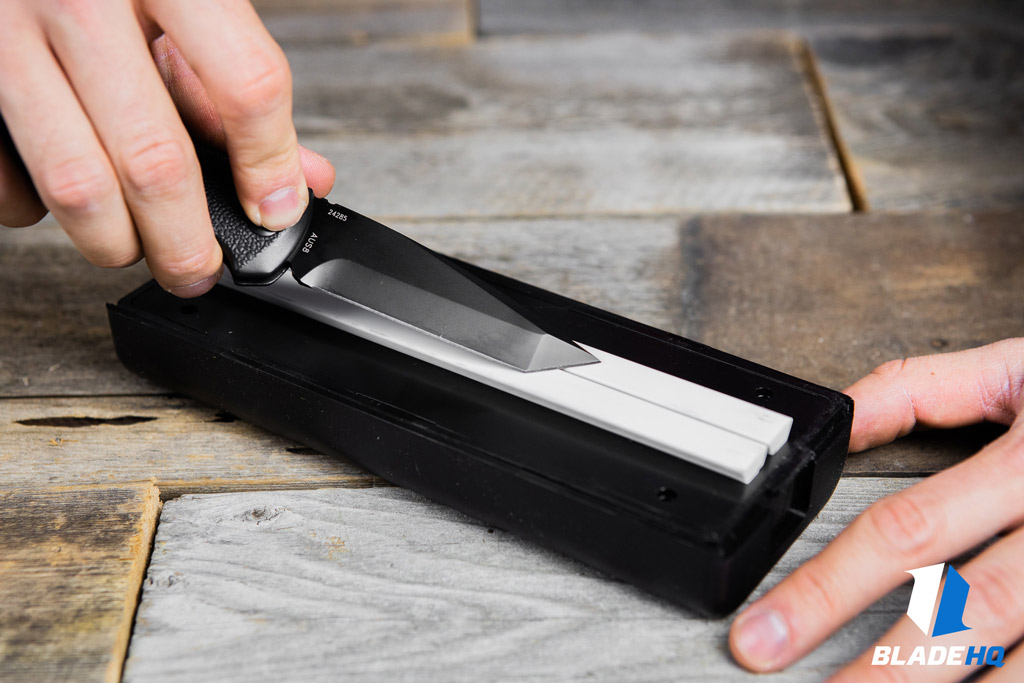 2. Sharpen with coarse flat stones: Repeat the process above using the brown stones with the flat sides facing each other.

3. Flip the base over: Put the brown stones flat in the base so the flat sides are facing up. Youll now sharpen the second cutting edge near the tip like a chisel. Line it up so that the blade grind angle is flush with the stones and push straight on the stones like you are shaving off a layer. Repeat this on both sides of the edge while forming and taking off burrs. 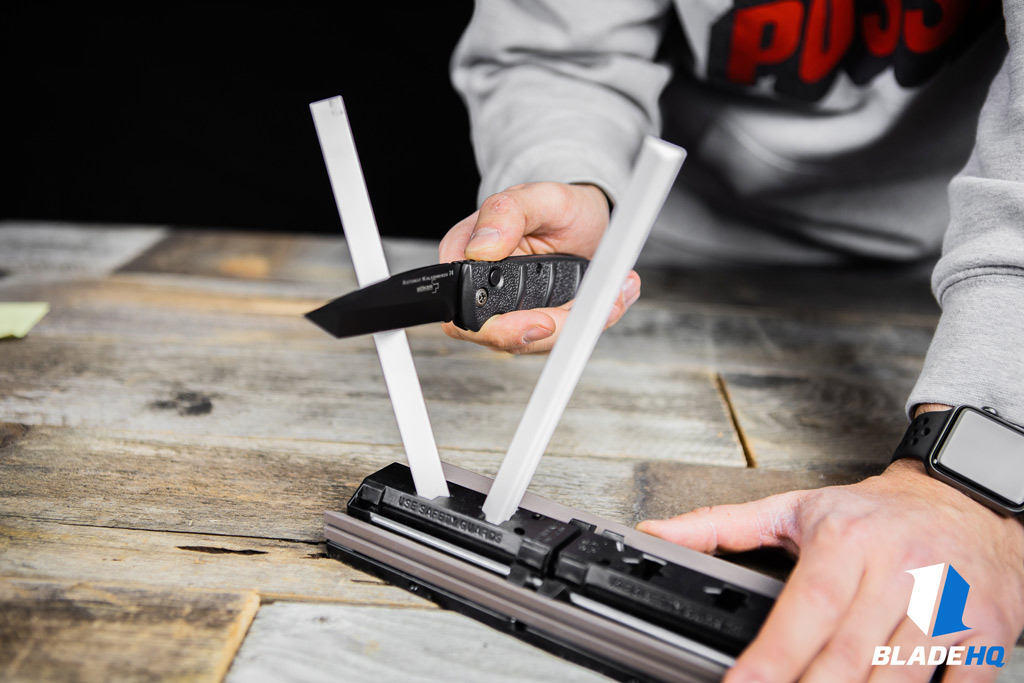 4. Repeat steps with white stones: Repeat the above steps using the white stones; work the edge until there is no burr. 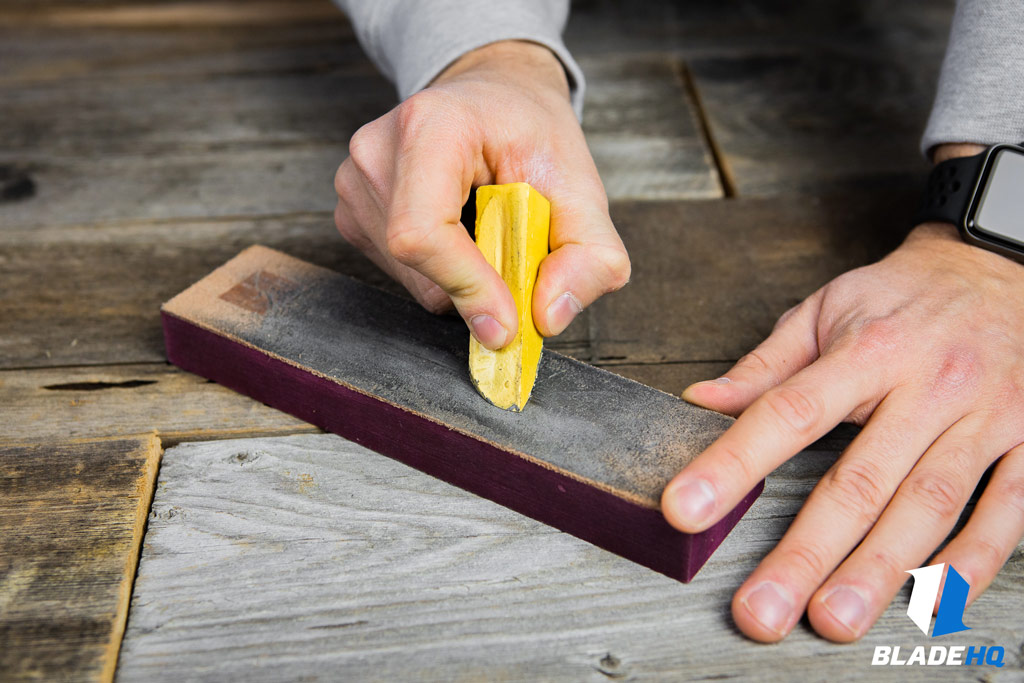 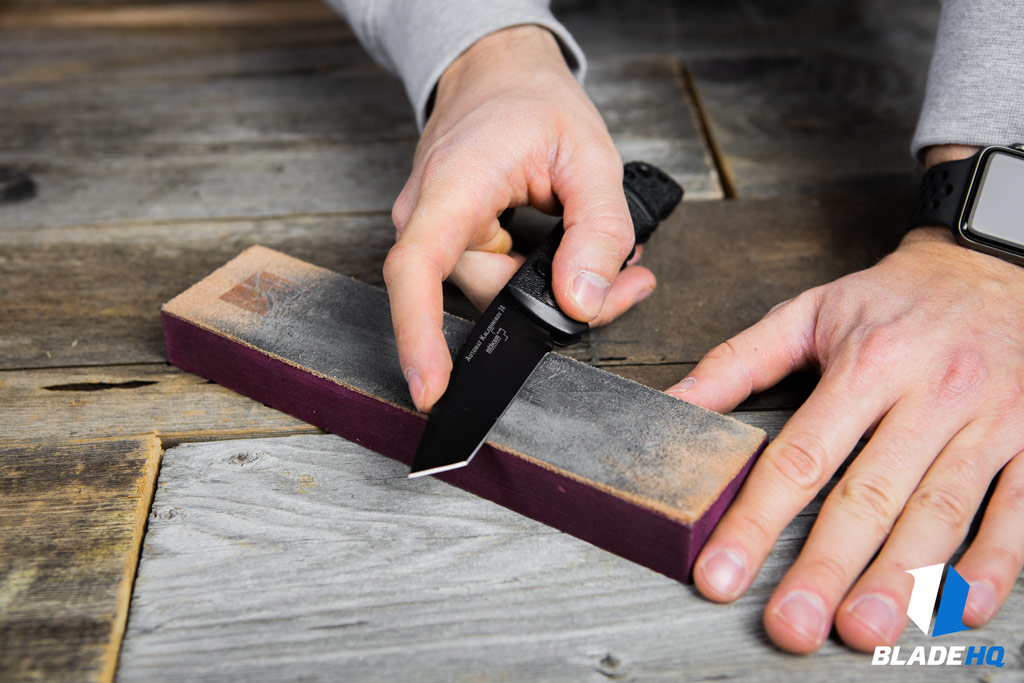 Sharpening a tanto blade isnt as hard as it may sound. The sharpening process for a tanto knife is nearly identical to sharpening any other kind of knife. The goal is to remove steel from the edge of the knife until its fine and consistent. The only difference is sharpening the secondary edge without rounding the point where the primary and secondary edge meet.

Watch our guide on how to sharpen your knife using the incredibly simple Spyderco Sharpmaker. 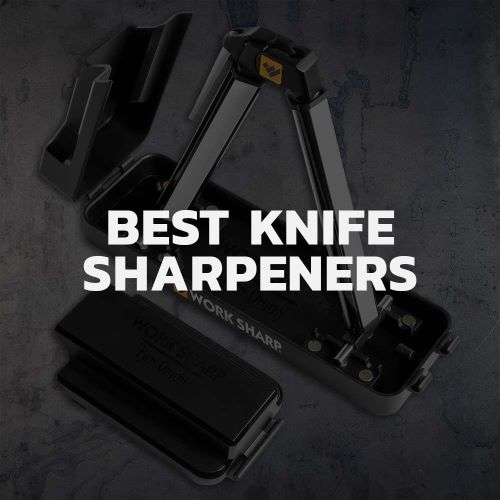 Best steel for any knife 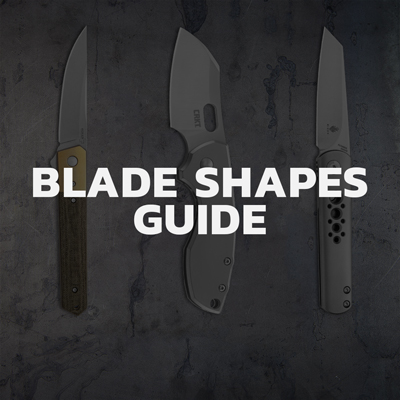 From traditional to modern 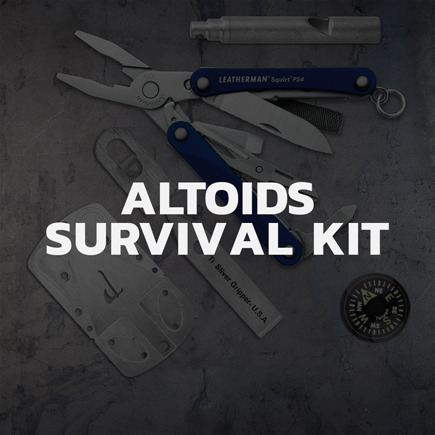 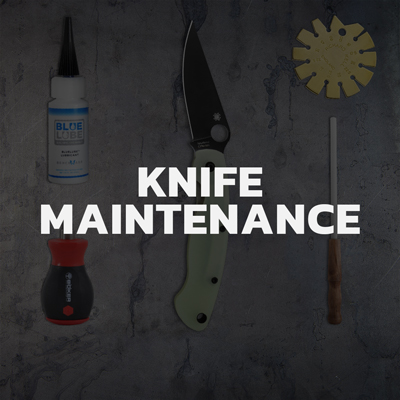 How to Maintain a Knife 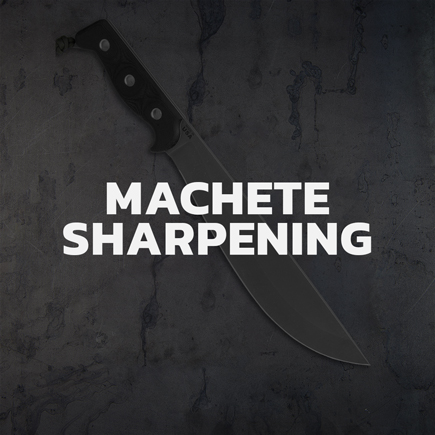 How to Sharpen a Machete